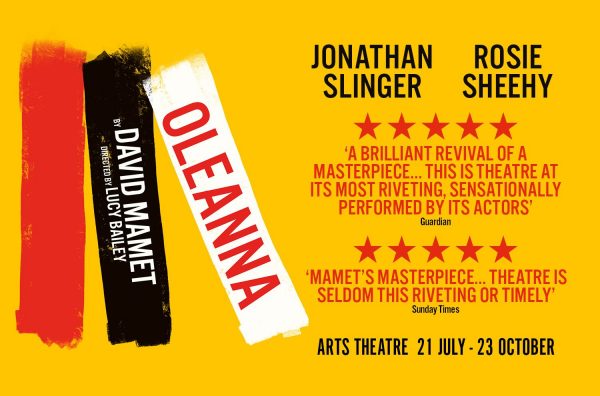 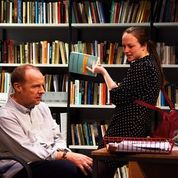 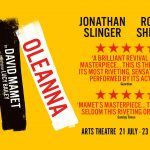 10% off all theatre through SWR.

Just opened at the Arts Theatre to extraordinary reviews.

One of the most controversial and celebrated plays of the last thirty years has returned to the West End in an explosive new production by Lucy Bailey.

More relevant than ever in the #MeToo era, Oleanna brilliantly explores the consequences of a sexual harassment claim made by a female student against her male college professor.

***** ‘A brilliant revival of a masterpiece…this is theatre at its most riveting, sensationally performed by its actors’ Guardian

**** ‘the show of the year…Jonathan Slinger is magnificent’ Daily Telegraph